What Camping and Mickey Mouse Teaches us about Socialism and Capitalism

“Anti-capitalism” appears to be the prevailing mood for 2020, with similar messages etched on signs on environment protests, used to describe scented candles and embroidery hoops. Besides the irony of these products being sold under the guise of “anti-capitalist”, one should stop to ponder the meaning of the term. People tend to use the terms “anti-capitalist” and “socialist” interchangeably, especially as most young people are not familiar with the dark connotations of the latter. 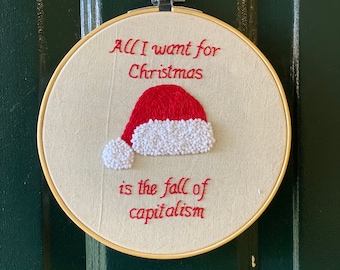 Socialism in the times of Social Media

The kind of socialism most people picture these days are that of the loving-commune, arm-linking variety. Sadly, while that is socialism in its ideal form, at its worse, it was Nazi Germany (Nazi is short for National Socialist). Bernie Sanders, the first self-declared socialist in Capitol Hill, has expressed his “vehemence toward billionaires”, advocating for higher taxes on the one percent, breaking up “too big to fail” financial institutions like Wall Street, encouraging worker-owned corporations, raising the minimum wage to USD 15 and cracking down on tax havens.

For the people who see capitalism as a greedy, power-hungry monster, all these seem like great ideas to combat what seems like massive inequality in our world today. However, according to the Oxford Dictionary’s definition, capitalism is “an economic and political system in which a country’s trade and industry are controlled by private owners for profit, rather than by the state”.

In theory, it promotes property accumulation and a recognition of wage labour over government intervention in markets. The rivalry between capitalism and socialism as rival systems of economic organisation is exemplified by two famous works of political philosophy: G.A. Cohen’s “Why not Socialism” and Jason Brennan’s follow-up “Why not Capitalism”.

Cohen (1941-2009), was a Canadian political philosopher who held positions at All Souls College, Oxford and University College London, among other distinguished positions. He was known for his work on Marxism, and later, egalitarianism and distributive justice. In his socialist camping trip analogy, he describes how even with privately owned things like fishing rod or cooking equipment, everyone has a shared responsibility and pulls their own weight.

Someone finds food, another does the washing up and in “the spirit of enterprise” and “mutual understanding”, the camping trip goes smoothly. He contrasts this with his purported capitalist camping trip which is inefficient as too much time would be spent on bargaining and looking for opportunities. He gave the example that Harry, who is good at fishing, might want to have first pick of the best fish, while Morgan, whose Dad has a stocked pond nearby, would refuse to share with the rest of the campers.  In his comparison, Cohen proposes that socialism, where all property is shared among inhabitants is superior to the selfishness of capitalism, and the former is the way to eliminate inequality.

The Principle of equality

Cohen brings up the socialist equality of opportunity, which contrasts to that of the bourgeois. He purports that all disadvantages, whether or social are natural, should be removed, and emphasises the need for an aqual income. For Cohen, levels of income between individuals should only be different based on preferences only (i.e. someone who wants to have a higher expenditure will, and want to, work more).

The Principle of Community

Equality must be accompanied by the principle of community, which refers to mutual responsibility and cooperation among individuals. The feasibility of socialism would depend on the trust and reciprocity similar to that of a friendship. Community also relies on equality, as Cohen puts it, “we cannot enjoy full community, you and I, if you make ten times as much money as I do”.

Cohen also wonders if market activity is inherently compatible with socialism, because it is mostly powered by greed and fear. This contrasts the spirit of community, where people serve each other in the spirit of commitment, and everyone benefits. 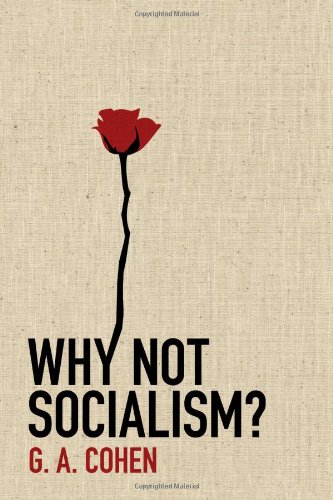 Jason Brennan (born 1979) is a professor of Strategy, Economics, Ethics, and Public Policy at the McDonough School of Business at Georgetown University. In his book, he proposed an ideal capitalist situation to counteract Cohen’s socialist idyll. In his analogy, the Clubhouse characters like Mickey Mouse, Minnie Mouse, Donald Duck, Daisy Duck and Clarabelle Cow, exist in an ideal capitalist society. They have their separate properties and projects but have the common goal of wanting to have a meaningful and fulfilling life. Mickey Mouse owns a clubhouse, Minnie Mouse owns a “bow-tique” and Clarabelle owns a “Moo-mart”. Everyone does their own part and works on their own business but in times of need, the villagers will come together to solve the problem.

In Brennan’s words, people in this world “live together happily, without envy, glad to trade value for value, glad to give and share, glad to help those in need, and never disposed to free ride, take advantage of, coerce, or subjugate one another”. All the members of the Clubhouse Village exercise the principle of voluntary community, mutual respect, reciprocity, social justice, and beneficence. The principle of voluntary community holds that people should live and cooperate with one another without resorting to threats or actual violence. The second principle, mutual respect, dictates that the villagers be tolerant of each other’s difference, even celebrating the diversity of life experiences and perspectives we all bring. While they lead their own, satisfying lives, they also live vicariously through their neighbours’ lives. 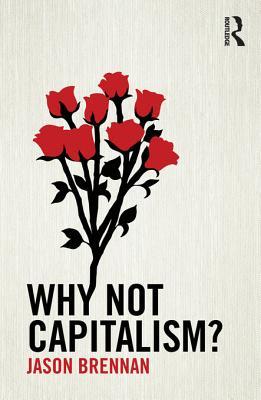 The third principle realized in the village is the principle of reciprocity, trading “value for value” among themselves. The fourth principle, that of social justice, ensures that no villager would be privy to a less-than-decent life, with the opportunity to trade, own private property, and to be respected, open to all. Each villager is guaranteed sufficient opportunity, ability to accumulate wealth, and the freedom to live the life they desire. Finally, the fifth principle of beneficence guides the villagers to always help those in need.

Brennan argues that Cohen is essentially comparing the socialist ideal with the worst version of capitalism. However, at its core, capitalism is the ownership and voluntary trading of private property, coupled with economic liberty to make decisions. Private property ownership empowers our lives, as Loren Lomasky’s study reveals. People are “project pursuers” in order to give “coherence and meaning” to our lives and setting up our own spaces with our own possessions provides us with a sense of security. Not needing to constantly justify our behaviours within our own home and jurisdiction allows us to be more productive as well. A sense of ownership is freeing, unlike in a socialist society where permission from others must always be attained.

Brennan’s other point of contention with socialism and communal property is the limits of human knowledge. It is impossible to say what is the role of someone’s productive property — one can be a musician as a job but also as a hobby.

Moreover, history has also taught us that the worse-case scenario for socialism is not only totalitarian but may be even worse for us than capitalism (i.e. USSR, Cuba and Khmer Rouge Cambodia). He argues that Cohen’s claim that capitalism is a predatory system of greed and fear, ignoring the cruel instances in history, and does not use non-ideal truths to analyse the various social systems. 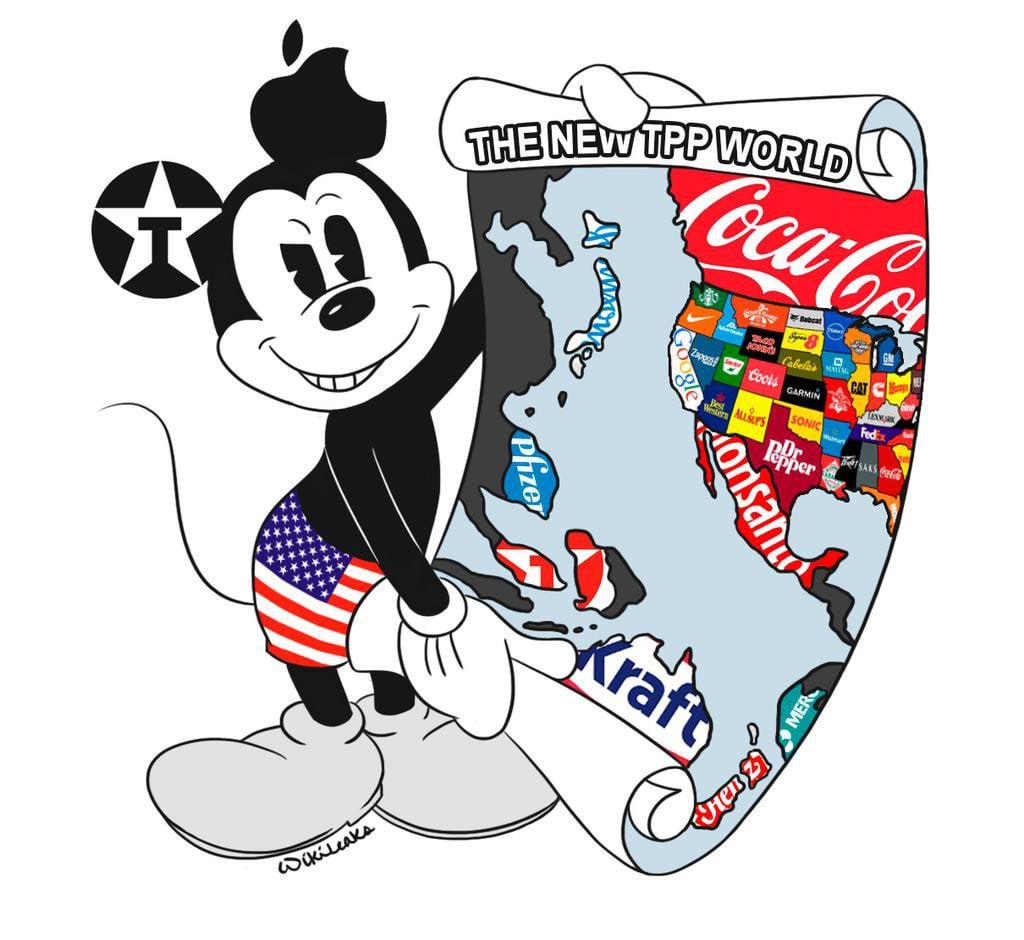 Instead, he argues that the best version of capitalism is even better than that of socialism, as people are empowered by owning their own property and pursuing their own goals. In a market society, people are more likely to play fair. Brenna quotes Neuroeconomist Paul Zak’s studies, pointing out that “People from market societies characteristically know how to put themselves in their trading partner’s shoes” because a high amount of trust is needed in order for society to function.

The ideal capitalist world is equally, if not more compatible than that of a socalist world, as teamwork still applies in times of need, only in the former, people are not societally obliged. Greedy leadership will be bad for the people regardless of economic system, and people can sometimes forget to distinguish moral ideals of certain people from society as a whole.

Capitalism also provides the freedom of choice that we all so desire. Capitalism encourages individual ownership and is tolerant to any other iterations. In short, “capitalists allow socialism, but socialists forbid capitalism”. A socialist group can exist within a capitalist society but the other way around is irreconcilable with socialism. Socialism only allows common property, which many far-lefts might find a hard pill to swallow.

Arguably, there are some socialist policies that may bring good to the society, just that some capitalist ideals would as well. The problem with society now — no doubt exacerbated by social media — is the lack of non-binary thinking. “The end of capitalism” does not mean all of society’s problems will disappear, because many of these problems were not the fault of capitalism in the first place. The fault lies in the leaders who have enacted self-serving policies, not the economic system itself.